BC Armory…built for shooters by a shooter 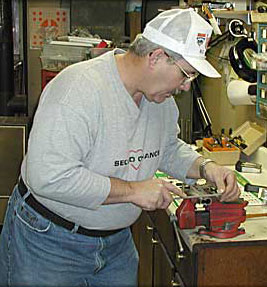 The BC Armory is a custom Pistolsmith shop specializing in 1911 style autos, Smith & Wesson revolvers and Glock pistols for competition and/or concealed carry. If you compete in bowling pin shooting, IPSC, IDPA, ICORE, IPSA, GSSF, steel challenge or American Handgunner type matches and require a spacegun, racegun, open class, limited class or a tactical weapon with the utmost in reliability for concealed carry, you can rely on the BC Armory to build the weapon you need to compete.

Whether rebuilding or modifying your present gun or building one from the frame up, each weapon is individually crafted to the shooter's specifications. My one man shop will provide you with reliability, accuracy and fast turnaround time at a reasonable price. If gun games or personal protection are what you are interested in, contact me for a complete package price.

Thanks and KEEP SHOOTIN!
Bruce Warren

The BC Armory is proud to announce that we are a TANDEMKROSS Dealer  We have parts in stock and installation is available.
Contact: bruce@bcarmory.com.

BC Armory is proud to announce it’s now a dealer for VZ Grips. VZ Grips is the home of the finest gun grips on the planet, and they make them right here in the good old U.S.A.

BC Armory Featured in American Handgunner 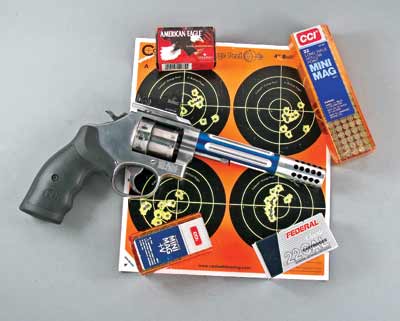 Bruce of BC Armory says his is a shop “Specializing in 1911-style autos, S&W revolvers and Glock pistols for competition and/or concealed carry.

In receiving the test gun from Bruce my first reaction was “Wow! This is really 21st century stuff.” Built on a 10-shot S&W Model 617, Bruce’s creation makes my 30-year-old blued 10-shot Model 17 look positively stodgy. Diamond Dot pegged it years ago when we were involved in Cowboy Action Shooting when she said “Even if I don’t shoot very well, I want to look good.” Warren’s .22 not only shoots well, but it also looks great.

Bruce sponsors a family of shooters, one of whom “… is a very good revolver shooter.” They were discussing building a lightweight .22 for him to use in steel challenge matches. In the past Warren has lightened barrels on S&W sixguns, however this time his goal was something even lighter and especially distinctive, and he has succeeded.

To read the article in American Handgunner please click the read more button below. 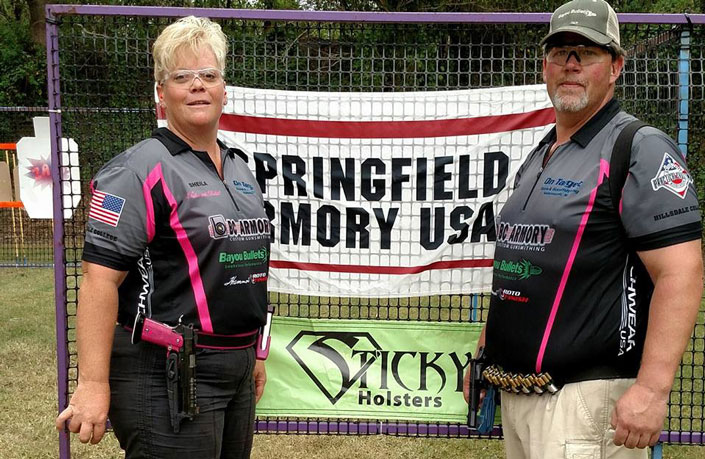 Todd and Sheila have been shooting for 12 years. It started out as the whole family shooting together, Trevor was a junior shooter sponsored by BC Armory, until girls, cars and stereos became more important. They started shooting steel matches, Bruce built them each their open STIs, which lead to there limited guns.

Sheila remembers Todd and her discussing  " We could just get ONE revolver and share...." Yeah that didn't last long, Bruce was than working on revolvers for both of them. They both than started shooting USPSA and ICORE matches.

Todd has since than won several state and an Area match in USPSA with revolver. He won his first National Title in 2013 shooting limited revolver at Steel Challenge.

Sheila has won several state and regional matches as High Lady in USPSA and ICORE. She has also been an instructor with Babes with Bullets since 2008 (www.babeswithbullets.com). She is also teaching a Ladies For Liberty program at Hillsdale College.

Sheila along with support from Todd volunteered and ran a new shooters class at local club for 8 years, focusing on teaching Women to shoot handguns, with over 2500 new shooters experiencing a safe and fun time at the range.

Wanting to give back from there love of the sport, they decided to run a Breast Cancer Fundraiser shoot, which they did for 7 years to help raise over $18,000.

Sheila tells every lady she meets, " I don't care what it is, but you need to find something to do for your self,   for me finding shooting has changed my life completely.” She enjoys educating women to overcome their fears about using firearms and give them a solid foundation in safety which is the first step to self defense. 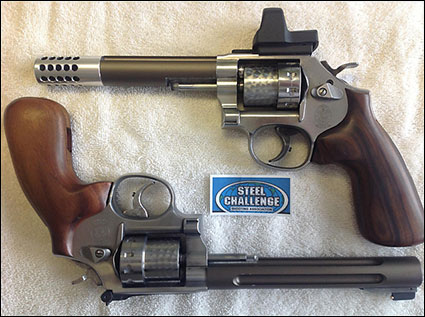 BC Armory offers most services to improve your Smith & Wesson revolver.

These include but are not limited to:
Install Optics, Action Jobs, Chamfer Chambers, Refinishing, Remove Cylinder End Shake. To learn more click here. 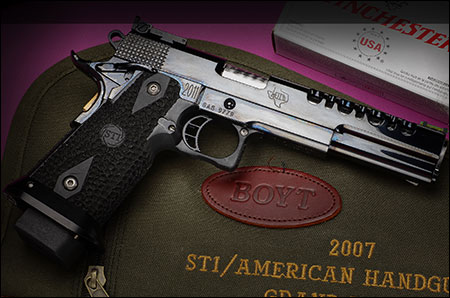 BC Armory offers most services to improve your 1911 Style pistol.

These include but are not limited to:
Barrel Fitting, Trigger Modifications, Dovetail Sight Installation,Serrate and Checker, Refinishing, Installation of Triggers, Safeties, and Sights. To learn more click here.

Copyright ©  BC Armory. All Rights Reserved.